Some 1,000 people queued outside a businessman’s warehouse for his annual handout during the Muslim fasting month of Ramadan, local member of parliament Mujibur Rahman said.

There was a rush for the 1,500-rupee gift – about the same amount as a labourer’s daily wage – when the gates opened, he said.

“Some people tried to break the queue and enter,” Mr Rahman told AFP.

“That is when the women at the top of the queue fell and were trampled to death.” 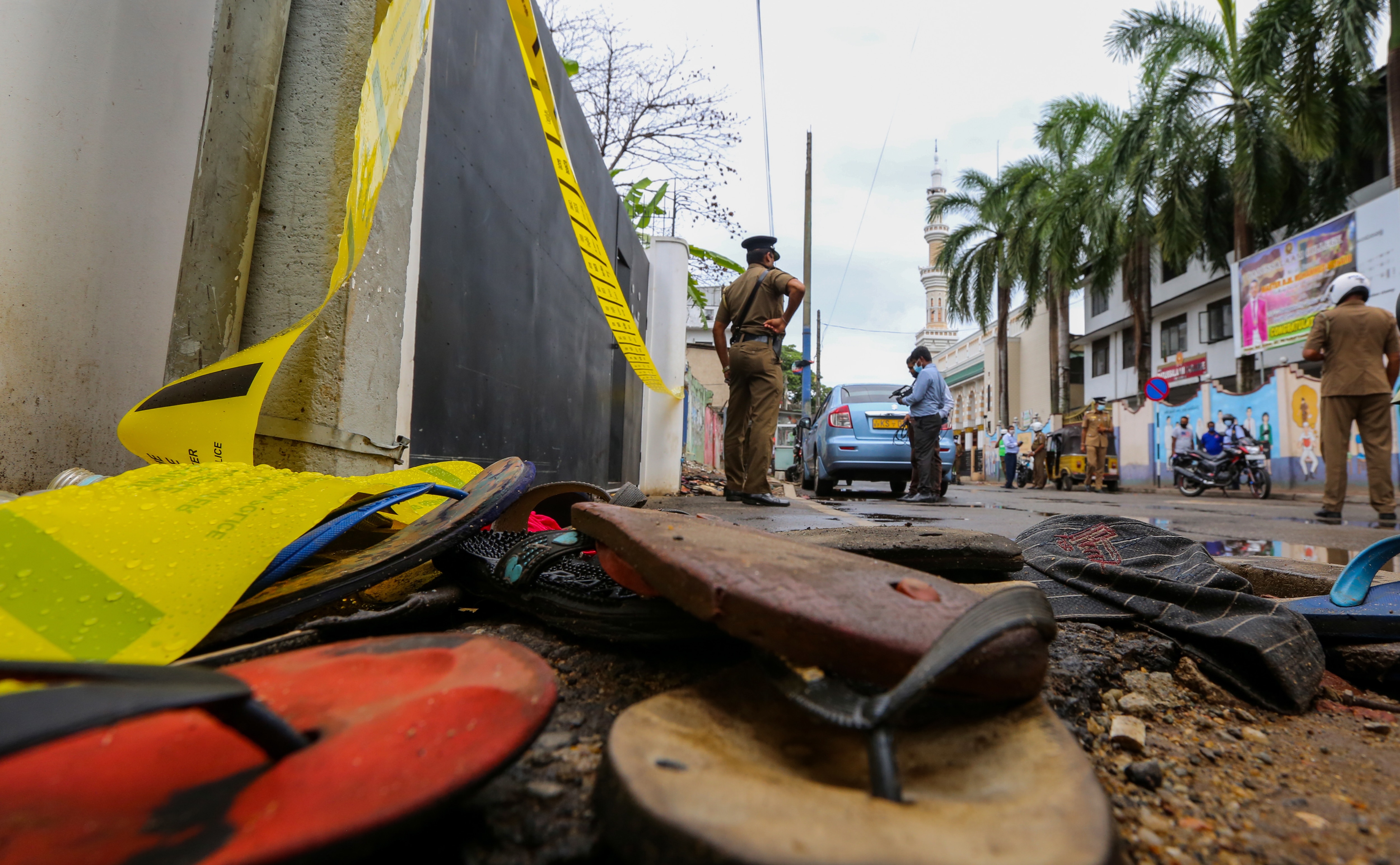 Abandoned footwear litter the rain drenched road while police investigate the stampede caused when a person distributed cash to the needy in Colombo, Sri Lanka.

Nine others were seriously hurt in the stampede and taken to hospital, he said, adding that there was a larger-than-usual crowd during this year’s event, which has been taking place for decades.

“People have not earned any money for two months because of the virus lockdown [since 20 March],” Rahman said.

“People are desperate. When they heard about today’s donation, over a thousand turned up.”

The businessman, who has not been named by authorities, and five of his assistants were arrested for violating the lockdown, Colombo police chief Deshabandu Tennakoon told reporters.

Colombo and a neighbouring district are under lockdown, although some of the virus restrictions have been lifted in other parts of Sri Lanka.

The country has recorded 1,045 infections including nine deaths so far.