In the final days of last year, I was planning an afternoon tea with my old ballet teacher, Lorraine Blackbourn.

Everyone has their favourite childhood teacher, but ‘Miss B’ later became my mentor and friend.

Instead, I found myself at her funeral.

It was an afternoon of tears and reflection, and, most movingly given that Miss B had taught ballet for more than 60 years, there was a final curtsey, performed by hundreds of mourners from professionals dancers to those who hadn’t done such a move in decades.

Miss B and I had developed a near 50-year connection and it wasn’t the first time I had gathered to celebrate the enormous impact this tiny woman had on our lives. More than a decade earlier, my sister and I nominated her for an Australian honour.  She received an OAM, a Medal of the Order of Australia, in 2008.

As a woman though, she was in the minority.

Miss B was one of the 31.3 per cent of honours recipients that year who were women. That was not unusual – for each of the 42 years since the system began in 1975, the percentage of women honoured has hovered in the low to mid-thirties. 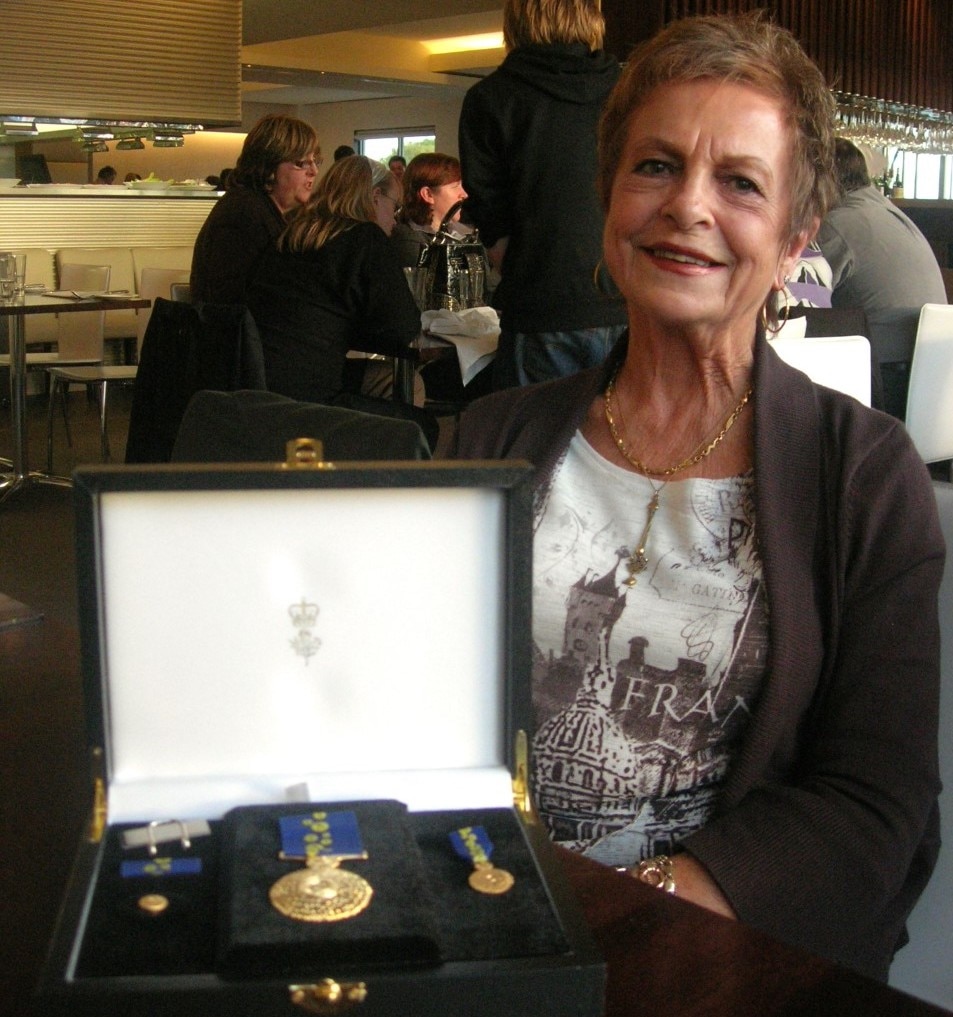 Lorraine Blackbourn, or Miss B, with her medals.

Australia Day 2020 saw the highest percentage of women recipients ever at 41.6 per cent, not least thanks to the efforts of voluntary group Honour A Woman which was aiming to reach a 50/50 split by this year.

The group’s co-founder Elizabeth Hartnell-Young is staying optimistic with the 2020 Queen’s Birthday honours still to come this year.

“Our goal is in reach,” she told SBS News.

“Victoria has reached gender equity through embedding processes and assisting the community to nominate,” she said.

Miss B was surprised to receive her OAM – all nominations are kept confidential from the recipient until just before they are announced – and being in her early 70s and still working at the time, she was thrilled to be able to attend the ceremony at Government House in Melbourne and the big party we threw for her.

Nominees can be any age (recipients have been 16 to 105) and it was important to see some incredible recipients who were under the typical age this year, including writer and activist Carly Findlay and trans activist and Neighbours actor Georgie Stone.

But as Honour A Woman puts it in one of their campaign slogans – ‘Better a nomination than an obituary’ – it is important to think about the women in your life who deserve the recognition before it’s too late.

More than 80 per cent of those honoured in January were aged over 60. Ten of the 837 recipients had ‘Late of…’ next to their names and would never learn of their honour. And once a person has died, nominations are not accepted.

There’s also much more work to be done to increase the diversity of the nominees not just in terms of gender or age.

Since January’s honours list was announced, there have been mounting calls for commentator and men’s rights activist Bettina Arndt to be stripped of her award, which was made despite her interview with a convicted paedophile and dismissal of the seriousness of sexual assault on university campuses.

Her honour was awarded before it was revealed that she has been incorrectly calling herself a psychologist and made comments insinuating that the man responsible for the recent deaths of Queensland woman Hannah Clarke and her children might have been “driven too far”.

A petition calling for her honour to be removed has attracted more than 56,000 signatures.

Ms Arndt has said the interview was taken out of context and has criticised those calling for the removal. She has not responded to a previous request for comment from SBS News.

“The processes of the Council for the Order of Australia must be made transparent, both for accepted and rejected nominations,” she said.

She suggested three tools that would also help: “Training in unconscious bias for researchers and council members, mechanisms for feedback to nominators, and clear award citations that show what people did ‘over and above’ their job roles”.

A person nominated needs to be special but they don’t need to be superhuman, the Office of the Official Secretary to the Governor-General has said.

“They are extraordinary but also, in the best possible way, ordinary.”

“Behind every medal and citation is a story … these people help others and make our towns, communities and nations better.”

Browse details of those honoured most recently and you’ll see some with a long list of achievements and others who simply did one thing well. I spotted another dance teacher who I can only think is just like Miss B; a woman who has touched the hearts of many. We’ll never know who took the time to nominate her, as the names of nominators are never made public.

Miss B was not famous (outside dance circles, anyway) and has not left a single trace of herself on social media, but she will be remembered for making a difference to those around her.

The eulogy at her funeral drew on the information gathered for her honour nomination and so many people shared how glad they were that this was not the first time we had gathered to pay tribute to her.

Is there someone in your life that you could do the same for?

Vivienne Pearson is a freelance writer based in Byron Bay

International Women’s Day will be marked on Sunday 8 March. If you would like to nominate someone for an Australian honour, go to gg.gov.au

There is an alternative to lockdowns