Prime Minister Scott Morrison has been recognised for calling out the UN for “bullying” Israel and pledging to recognise West Jerusalem as the nation’s capital.

Mr Morrison used the event to reaffirm his “strong stand” over Israel’s treatment at the United Nations. 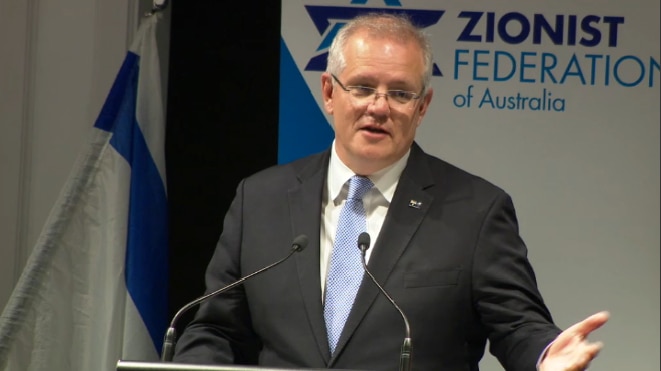 “The UN was born out of the horrors of World War II, born out of an ethos of never again. But all too often an institution born in the same way, that’s supposed to do so much good has allowed anti-Semitism to seep into its deliberations – all under the language of human rights,” he said.

The Jerusalum Prize recognises someone who has made an “exceptional contribution to the ongoing bilateral relationship between Australia and Israel.”

“It is an award that recognises the strength of moral courage that is required to do what is right even when doing some may carry some risk.”

“The Prime Minister’s decision to recognise West Jerusalem as the capital demonstrated this kind of courage. But so to has his unfailing support of Israel at the UN General Assembly.

“In no uncertain terms Mr Morrison has called the UN out for its appalling treatment of Israel.” 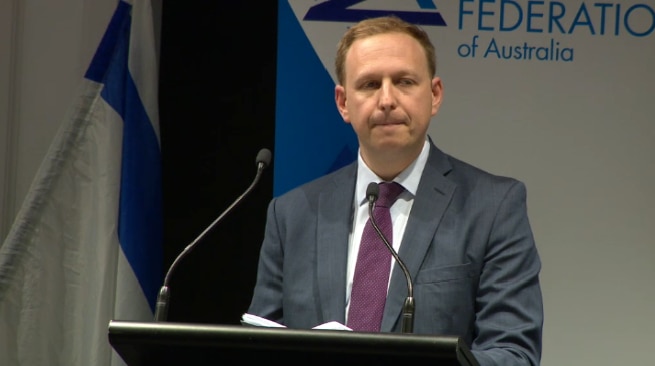 President of the Zionist Federation of Australia Jeremy Leibler.

The prime minister also recognised concerns around rising anti-Semitism being faced by the Jewish communities around the world during his speech.

Mr Morrison pointed to recent attacks on synagogues in Pittsburgh, San Diego, Copenhagen, and other incidents in Brussels and Paris saying this scourge is happening in “too many more places” around the world.

He said Australia has also seen swastikas dobbed across political material, anti-Semitic graffiti scrawled on Jewish businesses and reports of children being harassed because of their faith.

“We can’t pretend it is not happening here – it is,” he said.

“It is shameful, absolutely shameful, these incidents just have no place in Australia. But yet it persists and that is why we must remain so vigilant about these things.”

The Jerusalem Prize is awarded annually by the Zionist Federation of Australia, the Zionist Council of NSW and the World Zionist Organisation.

Its recognition of Prime Minister Morrison comes as Australia and Israel mark 70 years of bilateral relations.

Mr Leibler contrasting Mr Morrison’s “true leadership” with an alleged resurgence of anti-Semitism from the left and right in the United States and Britain.

“Prime Minister with anti-Semitism on the rise often masquerading as righteous condemnation of Israel and with Israel itself hamstrung by political deadlock, your steadfast support has been a been rock for the Australian community,” he said.

Mr Morrison told the ceremony he was simply doing his job as Prime Minister.

“Our commitment remains as firm today as it was 70 years ago if not even stronger,” he said.