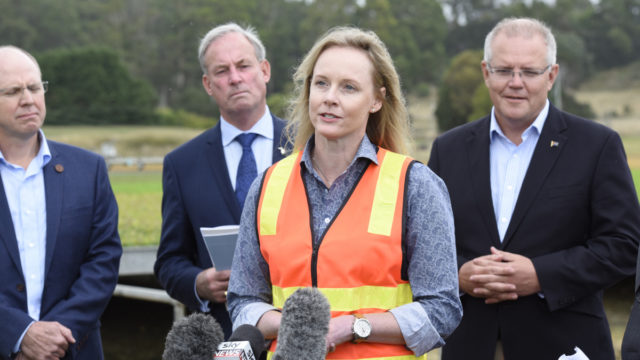 A Tasmanian minister who started a relationship with her departmental head has been cleared of misconduct and misusing taxpayer funds by the state’s Integrity Commission.

Two previous reviews cleared the pair of wrongdoing, but it was found the relationship should have been disclosed sooner to avoid a perceived conflict of interest.

Those findings were supported by an Integrity Commission report released on Wednesday.

Ms Courtney and Dr Whittington formed a relationship on a government trade mission to China in September and agreed to formally be together on October 13.

The commission looked at emails, credit card records, and travel and leave arrangements of the pair and found there was no improper use of public funds while on the China trip.

The commission found there was “little likelihood” of any improper conduct on behalf of the minister or Dr Whittington and the previous reviews had been thorough.

Premier Will Hodgman revealed the pair’s relationship to Tasmanian parliament on October 16, when Ms Courtney stepped down from ministerial duties.

One of the original investigations found Ms Courtney and Dr Whittington started spending exclusive time together in late September and early October, and Ms Courtney should have informed the premier at that stage.

This was found to be a breach of the ministerial code but not a serious one.

How and where older Australians want to live